On the Wuhan Virus and Medical Censorship 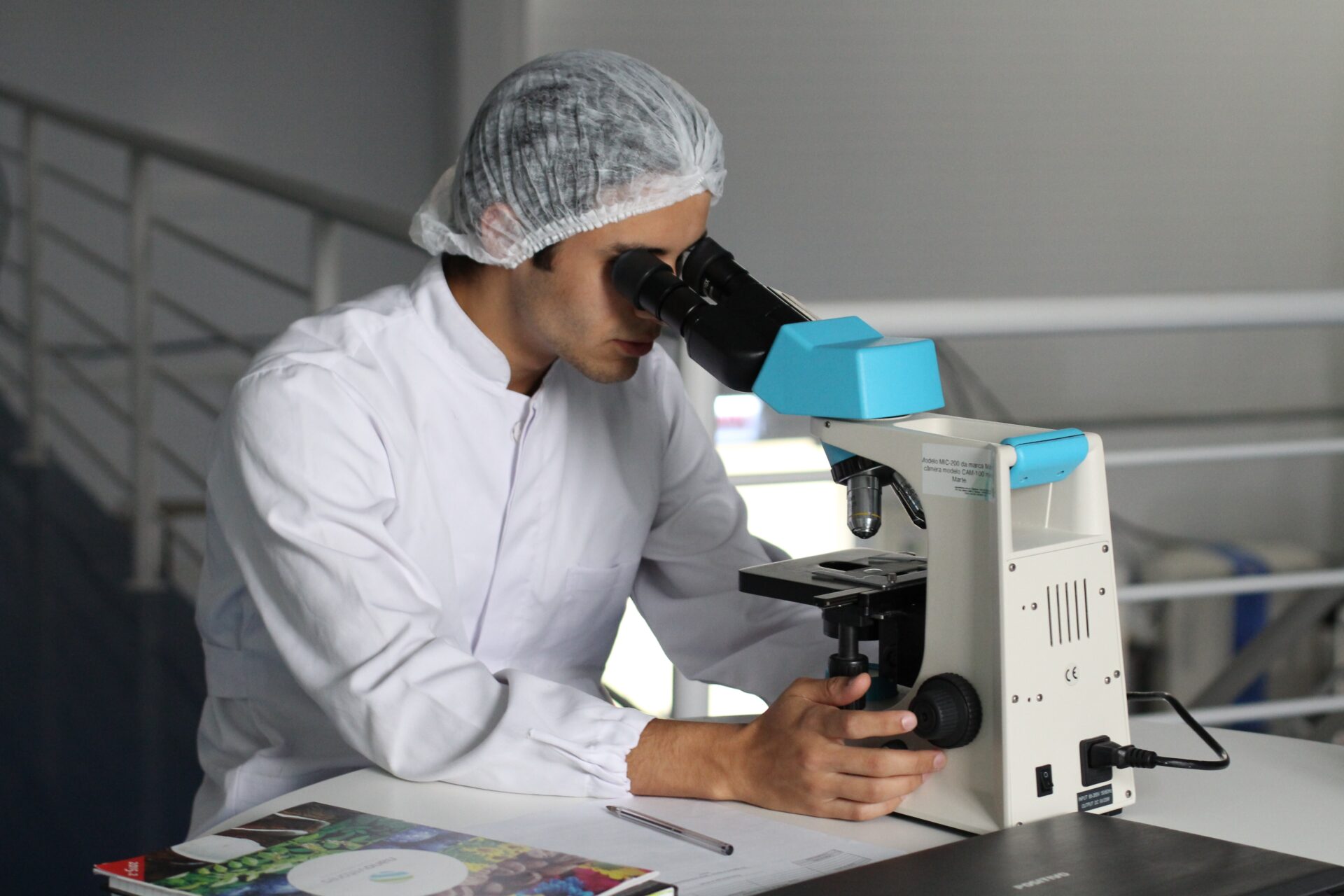 We are in an extraordinary era of scientific censorship perhaps not seen since the days of Galileo. It has been partially propelled by Communist Chinese commercial power and those who profit from it. To see how this works let’s look at the case of Dr. Li Meng Yan, a virologist with the University of Hong Kong who was smuggled out of Hong Kong by the Rule of Law Society led by ex-patriot Chinese billionaire Miles Guo (Guo Wengui) and Steve Bannon. This took place after she had been electronically disappeared by the Communist Chinese government. She alleges that the Wuhan Virus was genetically engineered in a lab in Wuhan and wrote a paper entitled “Unusual Features of the SARS-CoV-2 Genome” that appeared on the open site Zenodo. The article has not appeared in a peer reviewed journal, and I suspect never will. Peer review was originally meant to increase the quality of published articles, but has in fact devolved into another tool for crushing dissent, while the quality of the science published in the most prestigious journals remains suspect as Stanford epidemiologist Dr. John Ioannides outlined in his seminal paper “Why Most Published Research Findings Are False.” I am familiar with the basics of gene splicing, gain of function engineering, and genetic passaging but her paper is so technical that I suspect that only those engaged in the nitty gritty of such research actually understand it. For example, I would be willing to guess that our bioweapons developers at Fort Detrick, Maryland are familiar with the techniques she describes, and the inherent risks involved in such research. In fact, our federal government banned gain of function research between 2013 and 2017, and Fort Detrick itself was later closed for months due to concerns over disposal of dangerous waste water. Nevertheless, according to Wikipedia and the National Geographic Magazine and other mainstream media, Dr. Li Meng Yan has been roundly condemned in the virology community as a conspiracy nut. They all assure us that the Wuhan virus came from a wet market as the Chinese government claims, with ever increasing desperation.

So, let’s look at this situation more closely. Dr. Yan has been previously published in The Lancet and in Nature, which are “prestigious” scientific journals. Her colleagues, that is her coauthors at the University of Hong Kong, have yet to denounce her or her research and I do not believe they will as some are not Chinese and their families cannot be threatened by the Communist Party of China. Dr. Yan says that her mother has been arrested on mainland China. You would think that the Western media would try to confirm or deny that story, but they will not for fear of being thrown out of the country. China temporarily expelled journalists from the Washington Post, and the New York Times and the Wall Street Journal in March 2020. They got the message.

Secondly, though the virology community is very concerned about limits on research and decreased grant funding, some virologists refuse to condemn Dr. Yan. For example, Dr. Gary Whittaker, a virologist at Cornell’s College of Veterinary Medicine, was interviewed by the New York Post in an article published on September 16, 2020 in which he says “Yan’s report does offer a detailed explanation on how to grow the virus in a lab, which is sound.” The newspaper went on to say that “while he [Whittaker] does lean towards the theory that Sars-Cov-2 occurred naturally, he said it’s too early to completely rule out the potential of it being man made.” Dr. Nikolai Petrovsky, an endocrinologist from Flinders University in Australia, says that Yan’s report provides a solid counter point to the Nature article of March 2020 (cited in my October blog) claiming that the virus could not be manmade, and he criticized that article for being political rather than scientific. Petrovsky said “All the tools were there, all the information was there to create the virus; she is not proving it was created, she’s proving it was possible based on what was available at the time.”

Thirdly, Yan is attacked both in the mainstream press but also in the scientific literature for her association with Steve Bannon, as if she were some secret White nationalist or money-grubbing shyster fraud. All scientific papers should be examined for fraud as there is a lot of it, but guilt by association is a political argument and should play no role in science. It does not matter who makes a scientific claim; that proposition must be examined objectively on its own merits. Even a Nazi like Wernher von Braun can be right in his scientific views. Moreover, as with most whistleblowers, Yan has paid a terrible price in her personal life and that argues that she is sincere in her beliefs, which beliefs may or may not be correct.

Fourthly, the official argument that the virus came from a wet market in Wuhan was undermined by a study written by Chinese scientists published in The Lancet in January 2020 that showed that 14 of the original 41 patients diagnosed with the virus had no contact, direct or indirect, with the wet market. Yet this tale persists, not only in mainstream media but in the scientific literature. Why? Because it benefits China, as well as the virology community which often engages in dangerous research that the world should ban.

Yan cannot get published in a “legitimate” journal, so who else is being censored? You would be surprised. A few examples: According to GM Watch Dr. Michael Antiniou, a molecular geneticist at King’s College London wrote a letter critical of the above-mentioned article in Nature Journal, but the journal refused to publish anything by him. According to the Independent, a major British newspaper, the former head of MI6 Sir Richard Dearlove cited a Norwegian study published in May 2020 in the obscure journal Quarterly Review of Biophysics Discovery to support his belief that the Wuhan virus was manmade. At that point the 3 authors say that they were not able to get a follow-up study published anywhere; they went on to explain that even to get the first paper published they had to revise it 3 times so as not to imply that the Chinese government was responsible for the development of the virus. On October 22, 2020 the Washington Examiner reported that Danish researchers concluded one of the largest randomized face mask studies in history with over 6000 patients, but have been unable to get it published in a prestigious journal. So far the study has been rejected by the New England Journal of Medicine, The Lancet, and the Journal of the American Medical Association. The Danish newspaper Berlingske ran a headline “Does a mask work? Top journals refuse to print the Danish answer.” The study was completed in August, and according to one of the authors they have not been able to find a publication with “the courage” in his words to put it into print, so you can imagine what it concluded. But they are still hopeful and so refuse to discuss the findings of the study.

Say it ain’t so Joe! You didn’t really throw the 1919 World Series, did you? The New England Journal of Medicine couldn’t be corrupt, could it?  Unfortunately, journals that do not take drug company money do not survive. The advertisers call the shots. Recently the New England Journal of Medicine published an editorial condemning the leadership of President Trump and supporting his ouster in the upcoming election. Now you might think that it is not the role of a scientific journal to involve itself in politics, and that it sacrifices its claim to scientific objectivity by doing so, but your superiors know better. For some background, you should know that two prior editors of the Journal resigned in protest over the influence of the drug companies on editorial decisions: Jerome Kassirir and Marcia Angell. But over the last 20 years the Journal has been much more careful in its selection of editors. The drug companies have been sponsoring television ads against Trump for fear that he will proceed as promised and cut drug prices and hence pharmaceutical profits. And the connection to China? Now the American people know that we no longer produce our own antibiotics and many other classes of drugs. The drug companies shifted production to China putting us at the mercy of the Chinese Communist Party in the event of a crisis. Pharmaceutical profits were large before the transfer but ever so much greater afterward, and they do not want to see an interruption of the gravy train.